Overall Propensity to Finance Increased as Use of Leases and Secured Loans Grew, Share of Cash Purchases Declined.

•   The market for equipment and software financing is projected to reach $1.24 trillion in 2020.

•   Sixty-eight percent of all equipment and software acquired in 2015 was financed. Of that, 39 percent was leased, 16 percent used a secured loan, and 13 percent used a line of credit. This represents a major shift toward the use of leases and secured loans, which accounted for only 17 percent and 9 percent of the total value of financing in 2011, respectively. This also marked a significant shift away from lines of credit, which accounted for 29 percent in 2012.

•   While banks share of financing activity has decreased, they remain the primary lenders across all equipment types. Non-bank lenders’ share of equipment financing includes 30 percent for manufacturers and vendors and 16 percent for non-bank independent financing companies. .

•   The share of cash purchases declined for companies of all sizes from in 2015. Low interest rates, strong competition among lenders and abundant liquidity have made financing equipment acquisitions especially attractive as lenders compete to offer the best rates to borrowers.

From computers and heavy machinery to complete offices, it is possible to lease almost anything for your business and as you can see above, more and more business owners are realizing the benefits of leasing their equipment.

“Buying things can feel good. We all know that.”

Many executives with knowledge of the leasing and finance industry indicated that customers are increasingly asking for managed solutions or bundled services and usage-based products. They understand that advantages include getting your hands on needed equipment without paying the cost up front.

Lines of credit stay freed up because the leases are not bank loans, and lease payments can potentially be deducted as a business expense. It is also possible to easily upgrade equipment once a lease expires.

Recently I was chatting to a business woman (a blogger) who had to upgrade her equipment.  She mentioned she paid $2,600 for a top-of-the-line Apple MacBook Air and then said to me “I already know that after a year or so I’ll get the itch to upgrade, at which time I’ll shell out another couple of thousand dollars for the latest model.”  I asked her if she ever looked into the benefits of “Leasing” her top-of-the-line computers.  She mentioned it was something she’d always avoided, mainly because she doesn’t like the idea of not owning her equipment.

I assured her I understood her “need to own” mentality but also reminded her how computers and other devices age quickly. When you buy, you’re stuck with outdated technology after a year or two. When you lease, you’re able to exchange a piece of obsolete equipment for the latest model once the contract expires.

I mentioned a few other benefits of leasing including the tax benefits which immediately caught her attention as a self-employed writer.  Often lease payments can be deducted as business expenses (without the messy depreciation calculations).  I also mentioned about “low costs in the short term”.  By leasing, you get the tools for your business without paying the full cost upfront. Payments are regular and fixed which makes budgeting easy.

After our conversation, she called back a few days later and said she had an epiphany. The question she will ask herself whenever it comes to acquiring new equipment going forward – will be…: “Would I buy this at a rummage sale five years from now?” More often than not, the answer is no. And if that’s the case, it’s not something I need to own (but if I still want it, maybe leasing is the way to go).

She added “Buying things can feel good. We all know that. But now that I’m armed with a more businesslike approach to my purchasing decisions, I can hold my impulses in check whenever there’s something I need (or simply want) for a job or contract but will likely never use again. Done right, this approach should leave me with more money in my retirement account–and a lot more space in my office storage room.”

Businesses‘ choose Priority Leasing because they can acquire the capital equipment they need at a low, fixed monthly payment. With Priority, you choose the equipment and vendor – we provide the financial support. We have the resources to make the process simple for you and beneficial to your budget!

Contact us today to see how we can help you! 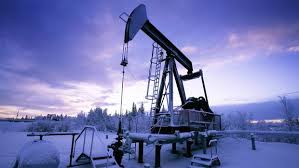 I’ve been asked lately, if I feel the price of oil is going to negatively affect my industry. Well having been in the leasing industry for 26 years and survived at least two recessions, I think I can give you a fairly accurate picture of the two camps that will emerge. END_OF_DOCUMENT_TOKEN_TO_BE_REPLACED